Joined Mar 10, 2008
·
63 Posts
Hello, my 2002 Connoisseur Auto CDT suddenly lost traction yesterday and EP, which I understand is Emergency Programme, appeared where N/D, and so on, usually appear on the dash.

As I understand it (which I might not) this is gearbox-related, but could it be as 'simple' as the ECU or as complicated and costly as the box itself? Any ideas?

Oh, by the way, after it had done this, I tried again later, it started fine and drove as normal for a way before reverting to little traction and EP on the dash.

Joined Mar 10, 2008
·
63 Posts
I tried it again this morning and it didn't revert to EP, but did jump as, I presume, it changed gear. May be a silly question, but could this be as simple as needs oil?
E

Joined Feb 5, 2002
·
590 Posts
It could have been a glitch or you need to charge the battery due to lack of use from lock down?

Have you got an OBD engine diagnostic reader to check for any fault codes and clear them?
E

Joined Mar 10, 2008
·
63 Posts
It's been used regularly, if only for short journeys. No, unfortunately. I don't think many garages now have that testing equipment, do they?
E

Joined Mar 10, 2008
·
63 Posts
I've just booked it in for a diagnostic test next week, any thoughts on driving very carefully for very short distances until then? Took it out just down the road this morning, varied between driving perfectly, going into EP mode (lost traction) and driving with normal D on dash rather than EP, but 'jumped' changing gear.
J

Joined Feb 5, 2002
·
590 Posts
If you are only using the car for short trips definitely charge the battery as it could be an electrical issue.

I just bought one of these to maintain the battery, my family only use their cars occasionally for short trips: 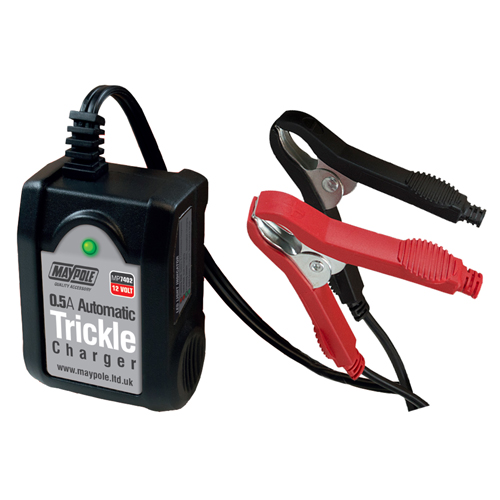 The diagnostic check should tell you what's wrong, if they only clear the fault it will keep returning until you get to the bottom of it.

Contact the Rover 75 owners club to see if they can give you advice or price estimates for autobox issues:

Searching online I found the following you could check before it goes to the garage:

Some other advice re the auto box copied from the 75 and ZT Owners Club:

It doesn't have to be specifically a T4 to scan the Autobox or Engine.
There are other scanners out there which do the job but some will only scan the engine.
I use a Snap-On Solus Pro & have repaired several of these boxes.

The auto fluid should be changed at 60,000 miles or every four years. It is vital to use the correct fluid and note that you can only drain about 4 litres even though the box contains eight litres. There is a correct procedure to follow (search on here for info) so give the job to an expert or, if you are doing it yourself, THE LEVEL PLUG IS ON THE BOTTOM. Do not be tempted to undo any bolts on the sides of the box as this will probably result in loss of reverse gear and require a rebuild. Since your engine oil seems to have been neglected it is highly likely that the auto box has never been touched.
'Sluggish'? If it only from a standstill up to around 2000 revs then you need to unplug the MAF to see if it comes alive.(Again, info on this site).
There is also a known fault in the multi connectors near the battery which someone more knowledgeable will tell you about.

Also some videos for you to check which could be related:

If I drive, say, a couple of miles a day while it's in EP mode (or jumping) before it's fixed is that likely to cause an damage, would you know?
J

Joined Feb 5, 2002
·
590 Posts
The trickle charger may take a few days to charge at 0.5A. I bought the charger from Opie Oils in Cornwall and they do give advice if you want to check which is right for your needs.

You could consult the car handbook to see what it advises with EP mode. I found this which explains EP mode a bit more and also mentions the battery again, on another forum:

The gearbox will go into Emergency Program when it detects any one of many faults and according to manufacturer, specification, software etc will basically override any settings etc and only allow something like 3rd to be automatically selected (locked) so at least you can get home etc albeit a bit slowly and uneconomically. Be careful not to jump to conclusions as I would agree that from your description it was a bit of a one off with your starting the engine or another to bear in mind this can be sometimes a first indication of the battery being a bit old and low on charge. Many of the control units have an undervoltage detection on them and through the use of programming etc nowadays we can think of the cars being intelligent enough that to allow you to keep moving, when it becomes necessary many things can be shut down to keep any remaining power available for the engine control unit to run and you to keep moving.
1 - 11 of 11 Posts
Join the discussion
Continue with Facebook
Continue with Google
or sign up with email
About this Discussion
10 Replies
2 Participants
Last post:
JayCee 5 h ago
MG-Rover.org Forums
A forum community dedicated to MG & Rover owners and enthusiasts. Come join the discussion about performance, troubleshooting, upgrades, maintenance, and more!
Full Forum Listing
Explore Our Forums
MGF and MGTF MG ZR / Rover 25, 200 & Streetwise MG ZT / Rover 75 MG / Rover Related Chat - up to 2005 MG ZS / Rover 45 & 400
Recommended Communities